When I saw the early bird message in my mailbox, a little voice in my head told me: "maybe you should go again".

I've been to the 1st and 2nd edition of Domain Driven Design Europe, but I've skipped the 2018 edition because of scheduling conflicts, so I was very eager to visit this great conference again.

I asked my younger colleague, Niels, if he was interested to join me to this year's edition.

This would be a great experience for him since we've been working together for quite some time and incorporated some DDD techniques in our development process.

He agreed, and I started the whole process to acquire the tickets and hotel reservation through Euricom.

After talking to some people at Acerta about the conference I've learned that we weren't the only ones who were going. 6 other Acerta colleagues were joining us in Amsterdam. This was going to be great.
Finally the day has come, January 30th. After some late diner we started our journey to Amsterdam. Most of the drive went fine, until we got caught in a snow blizzard.

Because of the snow it took us a little bit longer than planned to get to the hotel, but we arrived in one piece.

Day 1 of the conference

It was still the same venue as before so it all looked really familiar to me.

Some of the Acerta colleagues, most of them were consultants, also had some colleagues from their own consultancy firm attending the conference. We immediately had a nice big group to have some talks and discussions with.

First appointment was the keynote by Eric Evans. I've found this talk very interesting, especially the fact that he said that we were at a point that we need to advance DDD to the next level. We, as a community, need to think how we can make DDD even better using new concepts. He also explored the concept of a bounded context and many variations that concept we could add.

After the keynote, everyone was able to sign up for some extra hands-on sessions, so that was my first priority. I managed to subscribe myself for 2 sessions.

Next talk I attended was: Make your tests tell the story of your domain by Anne Landro & Mads Opheim, which was very entertaining ... and a little bit morbid. They had some cool ideas like Mob Testing.

After that talk I tried to go to David West's talk but I arrived a little bit late because of the Oxygen bar visit, so the room was already full. 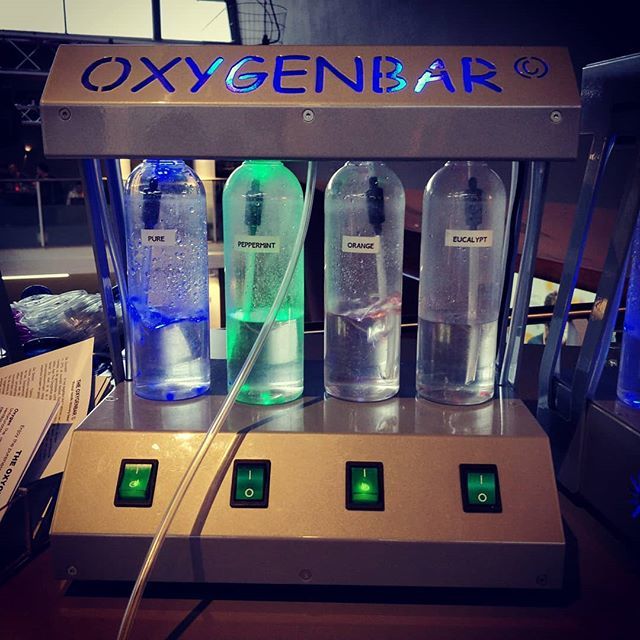 To pass the time, me and some other stray Acerta colleagues started an event-storming session to solve the problem stated in a challenge that one of the vendors at the conference had issued. The grand price was a flight case full of event storming paraphernalia, Spoiler alert, our multi-company team won the grand price. Although most of the credit goes to the ACA guys, who did most of the work.

After some hands-on event-storming session by Kenny Baas-Schwegler and João Rosa and a impromptu visual note taking session by Michel Grootjans, which was very helpful and interesting, day 1 of the conference was over.

In the evening we had diner with our big group of people from different companies like Acerta, ACA, Faros and Euricom of course. I'm still surprised that we've managed to find a restaurant that would accommodate such a big group that fast. It was a Greek restaurant in the middle of Amsterdam.

Day 2 of the conference

After a very good keynote by Maaret Pyhäjärvi about testers breaking the illusions a developer has about his code, I went to one of the bests talks I've seen in this conference, Lost in transaction? Strategies to manage consistency across boundaries by Bernd Ruecker. I suggest you watch the video if you are building distributed systems because there's a lot of good stuff in this talk. The main takeaway is ACID 2.0. No spoilers this time :)

After the talk Socio-technical DDD - Essential social heuristics by Evelyn Van Kelle, which was very interesting once again, it was time for my 2nd hands-on session, event-storming for DDD by Nicole Rauch. The annoying part of these hands-on sessions is that they are too short (2hrs) and there's too many people. For me personally, it gets to a point I already know how things are done and there's not enough time to explore more advanced techniques. So I hope next time there will be an event storming pre-conference workshop that I can take.

The last talk was super awesome. The Human Exploration of Mars by Dr. Anita Sengupta about the landing of the Curiosity rover. Listening to her talk about all the amazing things that needed to happen to make this landing a success is mind boggling. This talk made me think about what I was doing right now, and how irrelevant everything was compared to what these great minds accomplished, but my inner geek was very satisfied.

After a quick drink and goodbye, DDD Europe 2019 was over. For me personally it was one of the best editions.

Congratulations for a job well done by the organizers of this great conference.

PS: the catering was exquisite.

Stay up to date! Get all the latest & greatest posts delivered straight to your inbox

Read more posts by this author.